Palermo – Agrigento – Syracuse - Taormina – Sorrento – Amalfi – Ravello – Positano – NaplesTaking this itinerary you will discover Sicily one of the Mediterranean's most intriguing destinations, unique unto itself rather than a mere part of Italy. It's a blend of ancient culture, zestful traditions and cordial hospitality. Historical sites are part of the island's attraction, but there are many other reasons to visit Sicily: great food, rugged volcanoes, beautiful vistas, good wine, prized ceramics and friendly people.

From Sicily this itinerary takes you to the Amalfi coast, unique in the world for its natural beauty, breath-taking views, colors and character. Small picturesque fishing villages are scattered in clusters, upon the front face of the mountain. Villa’s, churches and corner shops are built cut out of the rock, on top of each other climbing up the mountain from the water's edge.Palermo
Although a little rough around the edges, behind the decay Palermo is a beautiful city with a reserve of cultural, architectural and historical wealth. 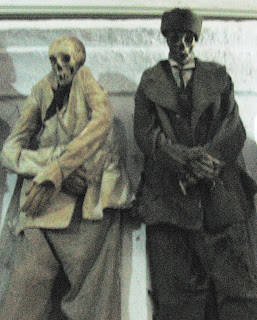 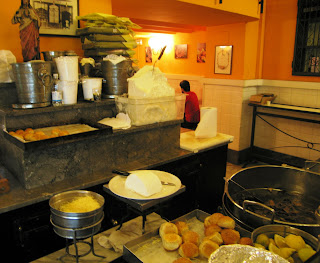 
Cloister at Monreale
Love those Sardines!

On your drive from Palermo to Agrigento stop at Segesta and Selinunte.


Segesta's ancient Greek temple can make a valid claim to being the best preserved in the world, and its amphitheatre boasts a hilltop position on Mount Barbaro second to none. The archeological site, about seventy kilometers southwest of Palermo, reflects the presence of several ancient civilizations, beginning with the elusive Elymians. 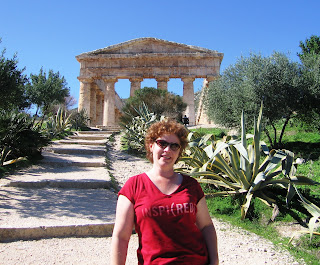 
One of the greatest historic sites in Italy is Selinunte. Selinute is located along the beautiful Mediterranean Sea just a couple of hours from Palermo. The city ruins are highlighted by lush green countryside. Selinunte once thrived as a rich city during 650 to 250 B.C., but it was destroyed by neighboring cities that were jealous of its riches. One of Europe's best-preserved Greek ruins. 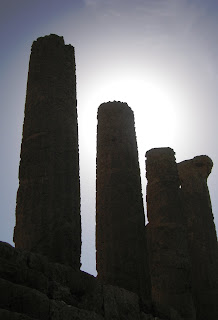 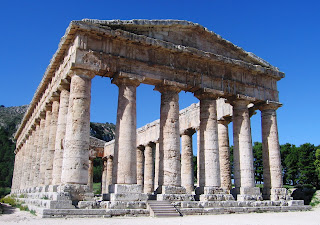 The archaeological area known as the Valley of the Temples in Agrigento, is one of the most important archeological sites in the world and a Unesco world heritage site since 1998. Along a long rocky scarp, are the great temples of ancient Akragas: the Temple of Hera (Juno) Lacinia, Concordia, Heracles (Hercules), Olympian Zeus (Jupiter), Castor and Pollux (Dioscuri) and Hephaistos (Vulcan).


Valley of the Temples 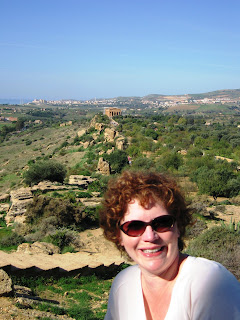 Valley of the Temples

Syracuse (Siracusa) is an attractive old town known for its Greek ruins. Once described by Cicero as "the greatest Greek city and the most beautiful of them all," the ancient center of Syracuse is on the UNESCO World Heritage List. Neapolis is the ancient city that has the Greek Theatre, Quarries, Caves and Roman Amphitheatre. Other attractions of the town include Apollo Temple, Old Town on Ortygia Island, Cathedral, Piazza Del Duomo, Sanctuary Madonna Della Lacrime, Maniace Castle in Ortigia, and Ipogeo in Duomo Square. Side trip from Syracuse to Noto Considered Sicily's "Baroque City," Noto is located about 35 kilometers southwest of the city of Syracuse. Old Noto was completely destroyed in the extremely violent earthquake that struck Eastern Sicily in 1693. The present site of Noto was rebuilt from scratch, and almost entirely in the Baroque style. 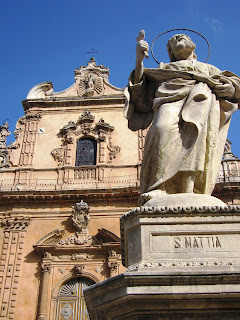 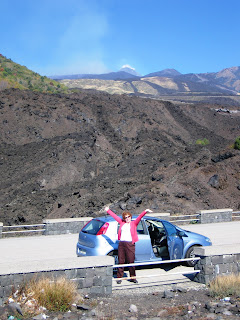 On the Way to Mount Etna
Taormina stands 200 meters above sea level and looks down onto the Ionian Sea like a terrace, the prettiest you have ever seen and for that reason is one of the island's main tourist resorts. See the Greek-Roman Theater, takes your breath away, this unbelievable work by mankind that stands on the mountain and from where one’s gaze drops down to the deep blue sea and to Etna. 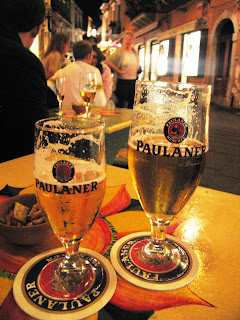 Taormina
On the way to Sorrento stop at Pompeii. Pompeii is the most important archeological site anywhere. Almost every other ancient urban site is simply the remains of a ghost town, long ago deserted by its citizens who carried away with them everything of value. Prior to the eruption of Vesuvius, Pompeii was a thriving city. Then it was buried with so little warning in 79 A.D. that Pompeii was literally frozen in time. 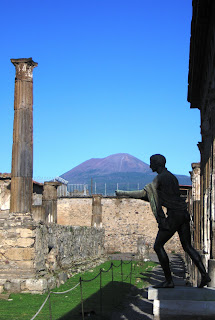 Pompeii with Mount Vesuvius in distance 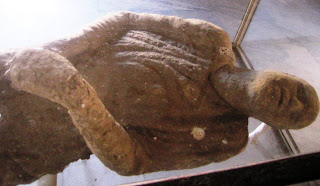 Pompeii with ever present Vesuvius
Sorrento is a small town located over white steep cliffs and offers a fantastic view over the Bay of Naples. Sorrento lies on a Tufa terrace and is enclosed by impressive rocks of the limestone mountains. For 2000 years visitors from all over the world have been attracted to Sorrento by breathtaking sunsets and fragrances of orange and lemon gardens. 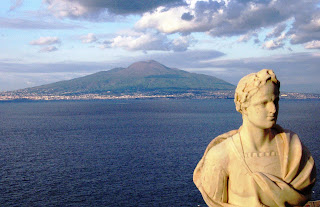 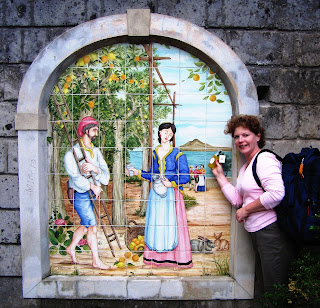 Lemon Grove right in the middle of Sorrento
Side trip from Sorrento to Capri. Enjoy spectacular views of the crystal-clear, turquoise sea from the Isle of Capri. Visit the Blue Grotto, the world-famous Piazzetta, or the Gardens of Augustus. Capri
The Amalfi coast is unique in the world for its natural beauty, breath-taking views, colors and character. Small picturesque fishing villages are scattered in clusters, upon the front face of the mountain. Amalfi cathedral, dedicated to St. Andrew (as is the town itself), contains a tomb in its crypt that it maintains still holds a portion of the relics of the apostle.
Mother of Pearl Cross in Amalfi
Ravello is situated high above the other towns of the Amalfi Coast. With its ex­ceptional landscapes it has earned Villa Cimbrone's terrace the name of "Terrace of Infinity". Great ceramics shops, too! 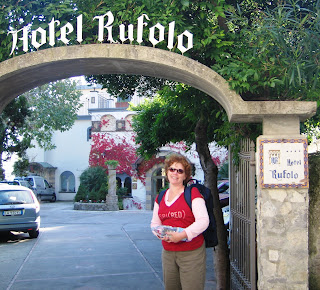 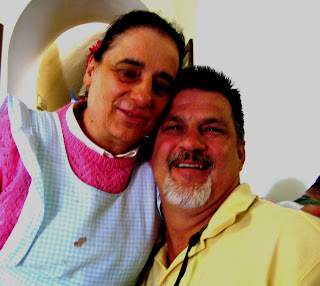 Momma and Mark, someone finally appreciates Mark's appetite
Positano seems to be standing, leaning almost, against the jagged mountain rock face, with many multi-colored houses that seem to be built in a single cluster, all on top of each other. It has many flights of little steps, and narrow passageways colored by wonderful shops, lively bars and cafes, and restaurants that specialize in seafood. Positano
Naples
The three main reasons to go to Naples is to: see the good stuff taken from Pompeii, now housed at The National Archeological Museum, one of the great museums of the world; eat pizza at the very first (and still the best) pizza joint in the world, (see Trip-at-a-Glance for details); and, to catch a flight home. If you have time you can walk around the market near your hotel, and take a stroll through the Spaccanapoli area. 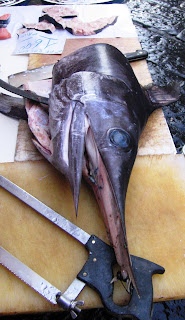 TOP
Posted by Mark and Charlotte at 8:26 PM

Love the captions and history/background of the places! Very informative.