Lake Bled – Julian Alps - Karst Region - Rovinj - Plitvice Lakes – Trogir - Split – Hvar - Dubrovnik
Lake Bled is referred to as the tourist gem of Slovenia. In the middle of Lake Bled, visitors can find a pilgrimage church on a small island, while Slovenia’s oldest castle, dating back to 1111, is located on top of the cliff that overlooks the lake. The town's lakefront is lined with cafes and resort hotels. While you're in Bled, be sure to enjoy the town's specialty, a vanilla-custard-and-cream cake called kremna rezina. 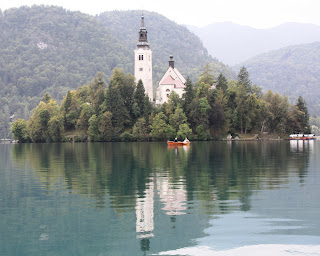 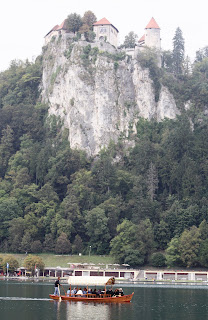 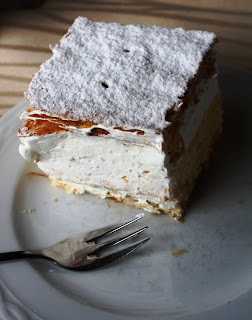 The Julian Alps were named for Julius Caesar. Drive up and over the Vrsic Pass, enjoying breathtaking views and 50 hairpin turns on a road built during WWI by Russian POWs to bring supplies to the front lines. Stop to see the chapel that was built as a memorial to these men.As you descend the mountains on the other side of the pass (watch out for the sheep!), drive along the Soca River, where Hemingway drove an ambulance and enjoy the many vistas, gorges, and swinging bridges.

Stop in Kobarid and visit the great little WWI Museum to learn about the tragedy that occurred on the Soca Front in WWI. 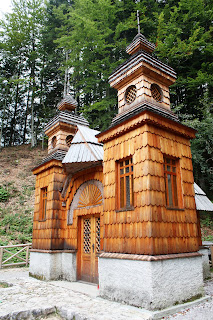 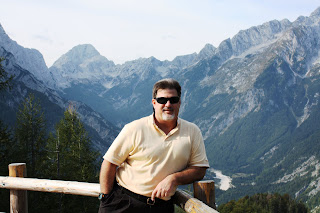 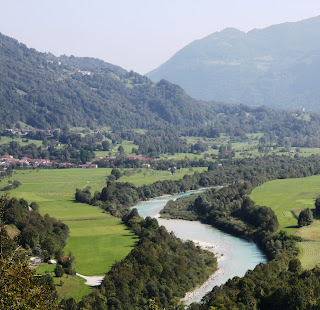 Soca River Valley Outside of Kobarid
From Kobarid, drive through the Karst region and see the Predjama Castle, built in the mouth of a cave, tour Skocjan Caves, and visit the Lipica Stud Farm where they breed the world-renowned Lipizzaner horses. 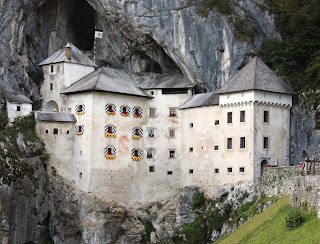 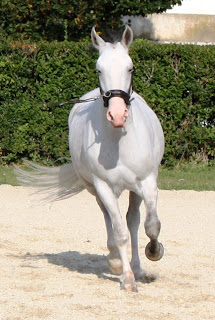 Lipica Stud Farm
From Karst head to the Istria region to the coastal town of Rovinj. Rovinj is a wonderful little Croatian walled town built on a small peninsula, surrounded by sea with its historic center modeled on Venice. 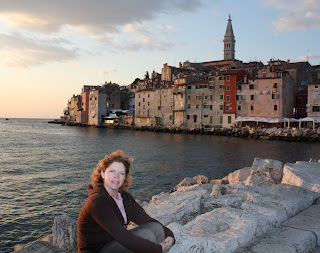 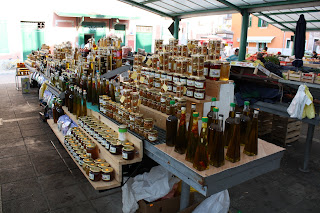 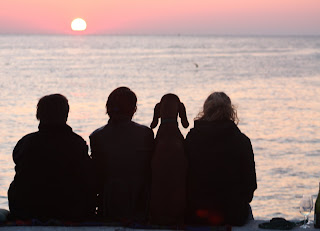 Rovinj Sunset
From Istria, drive to the Plitvice Lakes National Park. Croatia's most popular tourist attraction was granted UNESCO World Heritage status in 1979. Several well marked paths and boardwalks take you along its sixteen lakes, inter-connected by a series of waterfalls set in deep woodland. 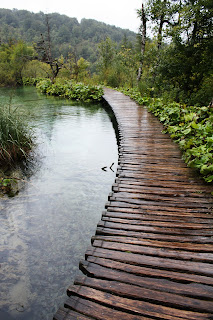 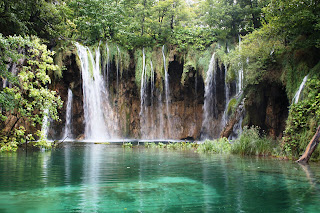 From the lakes drive to Trogir and Split.

Trogir has 2,300 years of rich culture. Created under the influence of old Greeks, Romans, and Venetians Trogir has a concentration of palaces, churches, towers, and a fortress on a small pedestrian only island.

Split is the second largest city in Croatia, with just under 200,000 inhabitants, and is the largest city on the Adriatic coast. Emerging from a Greek settlement founded between the 3rd and 4th centuries, the height of Split's history came in 295 AD when Roman emperor Diocletian ordered a residence to be built there for his retirement. The most interesting sight is Diocletian's palace. Get a locally published guide in English which describes this monument in great detail, and then sit down with a cup of coffee and people watch along the Riva, the main pedestrian only promenade. 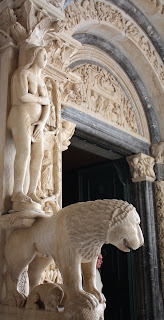 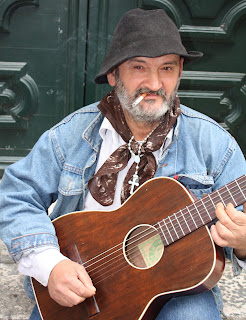 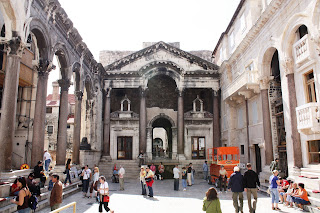 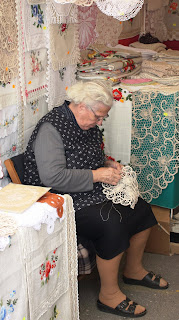 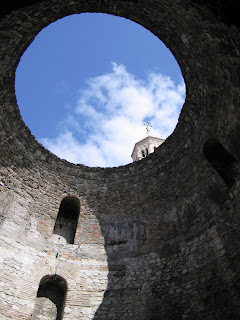 Split Palace
From Split take a ferry to Hvar Island. Hvar’s waterfront promenade strip is bordered with a row of palm trees and seven centuries old walls and overlooking the town is the fortresses providing protection. In the center of town is the magnificent piazza, a square generally considered the most beautiful of its kind in Dalmatia, dominated by St. Stephen's Cathedral. Hvar is noted as the island of lavender, sage, wine, rosemary, and secluded coves. 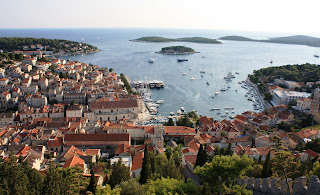 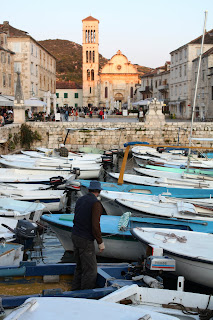 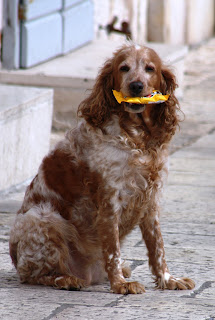 From Hvar take a ferry to Dubrovnik. George Bernard Shaw baptised Dubrovnik "the pearl of the Adriatic" because of its incomparable architectural heritage. The gleaming marble streets of Dubrovnik are lined with beautiful baroque buildings, sculpted fountains, and facades. Dubrovnik's walls are the most intact and impressive in the Adriatic and head the long list of Dubrovnik's sights. No wonder UNESCO named the whole of Dubrovnik a World Heritage Site! 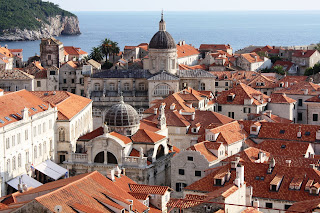 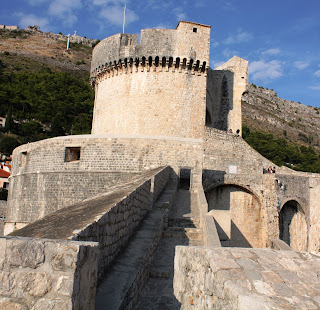 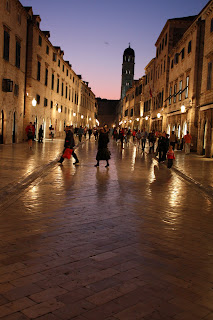 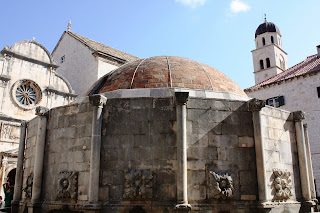 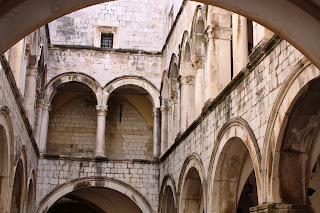 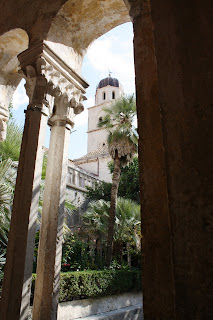 Dubrovnik
From Dubrovnik take a side trip to the beautiful old town of Mostar in Bosnia & Herzegovina. Mostar was the most heavily bombed of any Bosnian city during the war. It was both shelled with artillery by the Serbs and then subsequently by the Croatians. It is most famous for its beautiful historic Ottoman-style bridge which spanned the Neretva River. The bridge was destroyed during the war, but since has been painstakingly rebuilt and the historical old town has in most ways returned to the beautiful riverside town it once was. 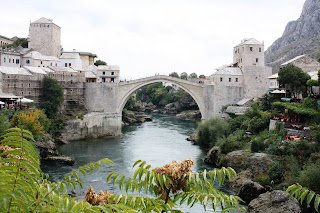 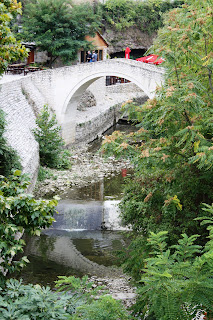 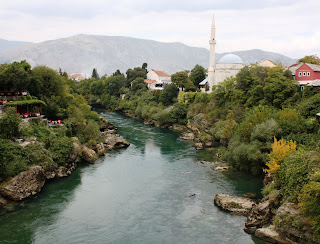 Mostar Mosque
Posted by Mark and Charlotte at 12:42 PM

M & C
Beautiful photography and very
discriptive information.
I hope to follow up with your
future travels and adventures.
MBT