Salamanca and Avila, Spain
Salamanca is Spain’s "golden city".  Known for its beautiful sandstone buildings, Spain's oldest university, and tapas.  Everything is compact and walkable in the old town. Sights include  La Casa de las Conchas (house of shells) , the 18th century Plaza Mayor, and the Central Market.  We stayed in Salamanca for 3 nights and took a day trip to Avila. 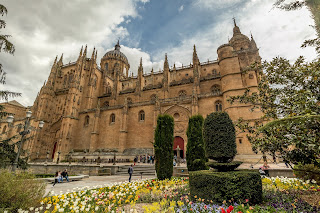 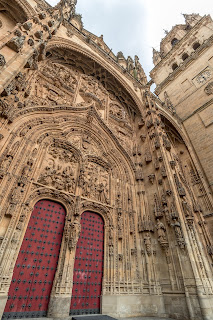 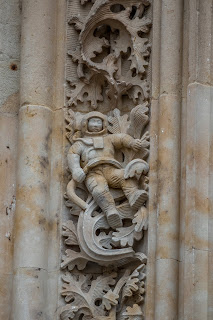 Find the Astronaut on the Cathedral door 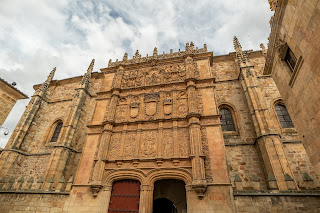 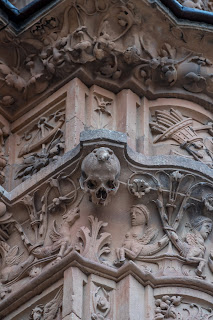 Find the Frog on the University door 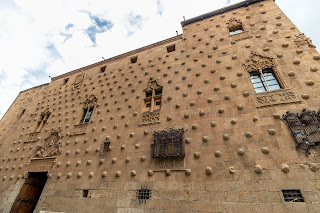 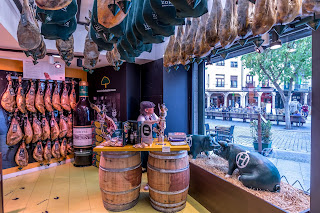 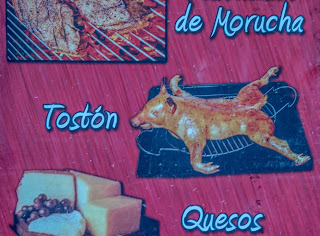 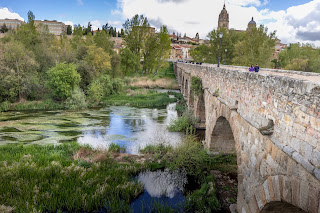 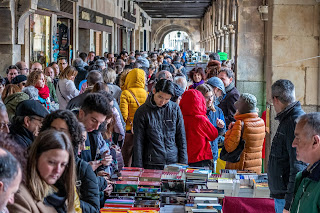 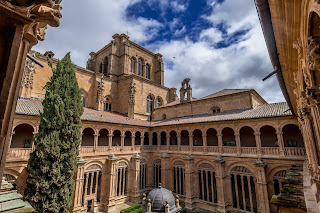 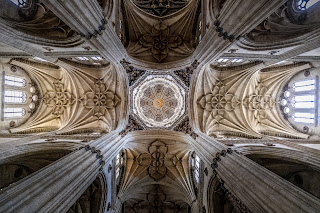 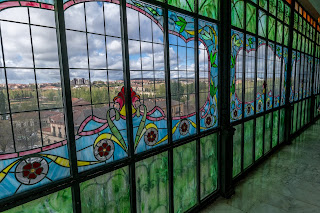 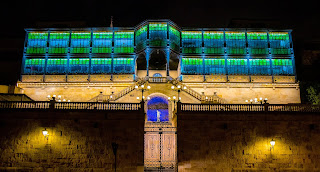 Art Nouveau Palace, now a museum
Ávila is between Salamanca and Madrid. For us it was about a 70 min drive from Salamanca via the back roads.  Mostly known for its walkable intact medieval city walls that are about 2.5km in length. It was named a world heritage site in 1985. The Old Town is a mix between Jewish, Muslim and Christian architecture. The medieval walls have 88 sirens and 9 gates. Avila is small enough to walk around and all of its major attractions can be found within the walls of the old city. We enjoyed walking the wall, wandering the streets, admiring the architecture and hunting down the good tapas. 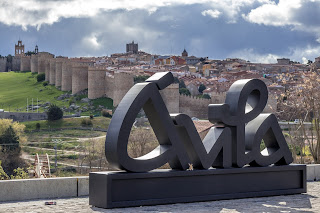 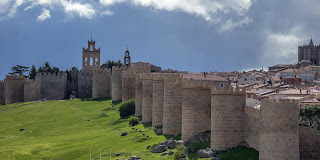 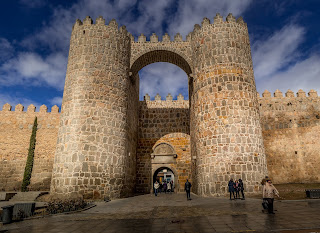 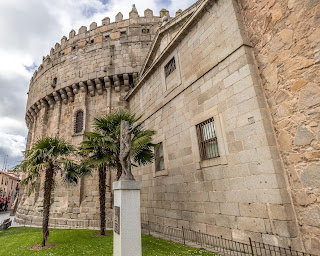 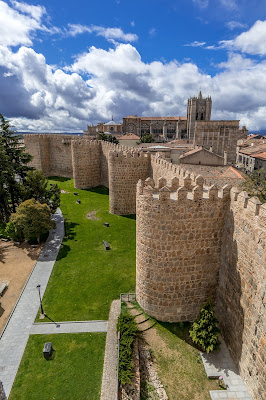 Cathedral began as early as 1099 but wasn’t finished until the 14th century. 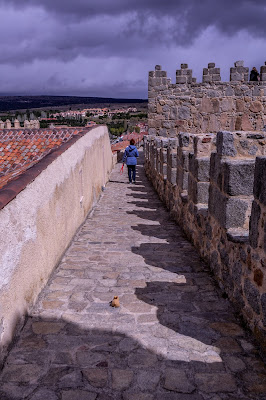 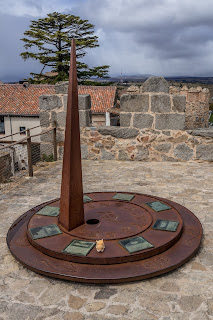 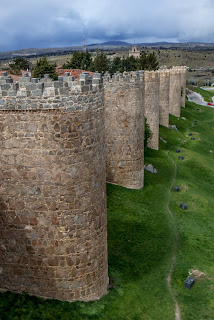 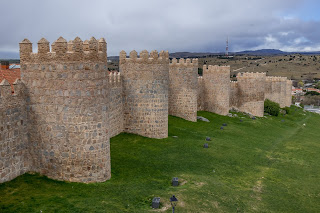 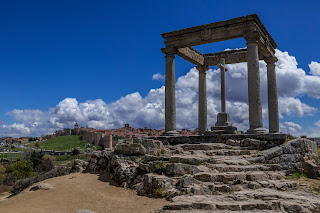 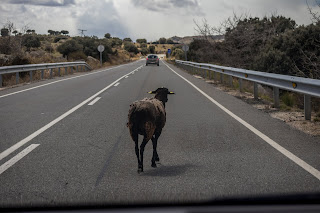 Heavy traffic on the way back to Salamanca 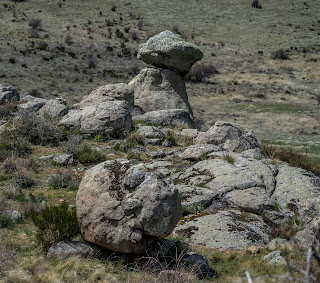 Posted by Mark and Charlotte at 7:25 PM